The luxurious Kona coast of Hawaii is the home of Kaz Headrest. So we thought we would start our Travel in Comfort series right next door.  Hawaii has some of the best beaches and finest resorts in the world and Kona is home to several of the most elegant. 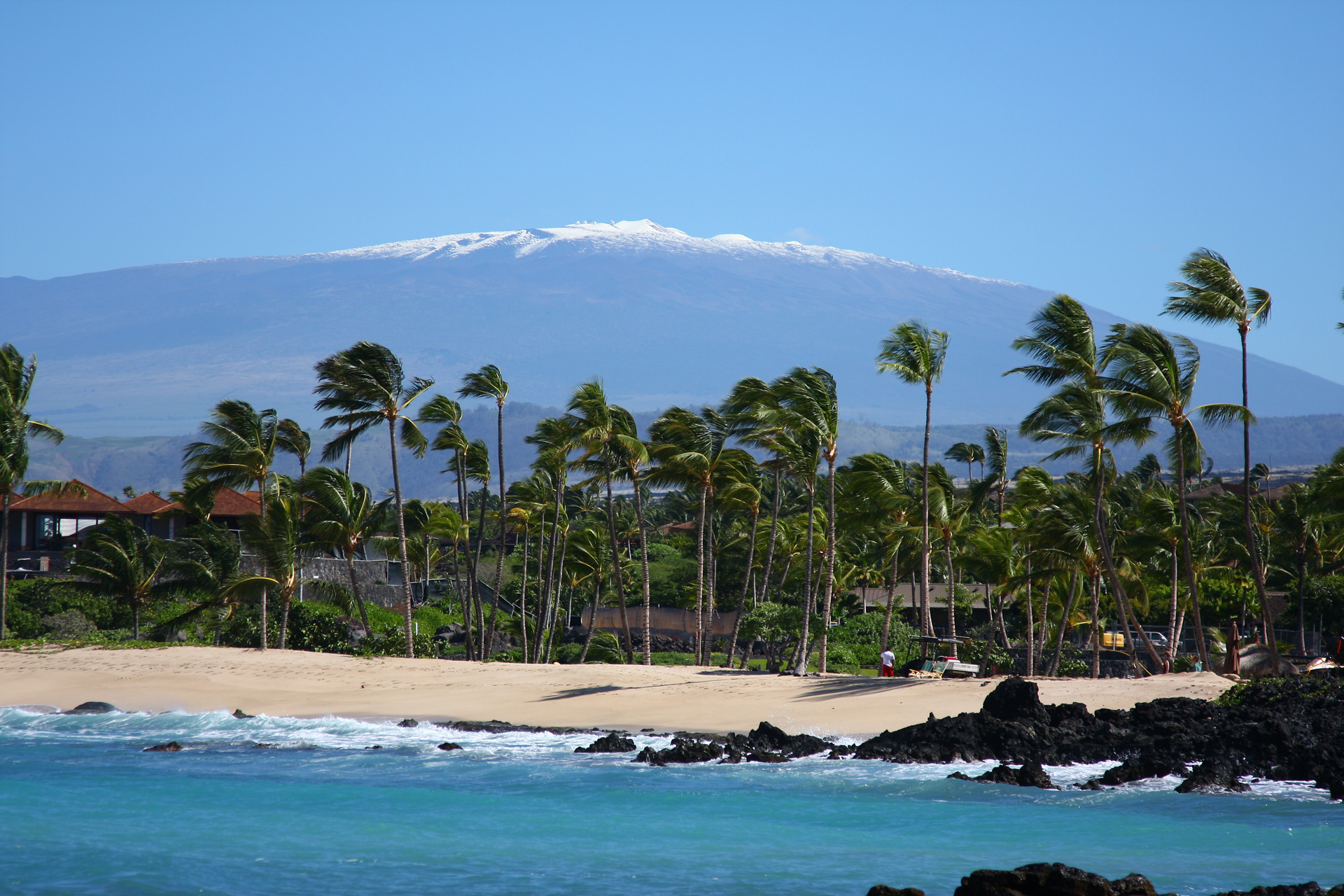 “Kona is a moku or district on the Big Island of Hawaiʻi. The youngest island in the archipelago, the Big Island is believed to be the first island Polynesian voyagers from the Marquesas Islands discovered 1,500 years ago. The oldest archeological site in the state is  at Ka Lae (South Point).

“In the Hawaiian language, kona  means leeward or dry side of the island, as opposed to ko‘olau which means windward or the wet side of the island. In the times of Ancient Hawaiʻi, Kona was the name of the leeward district on each major island.” However the luxurious Kona coast is special in all Hawaii. 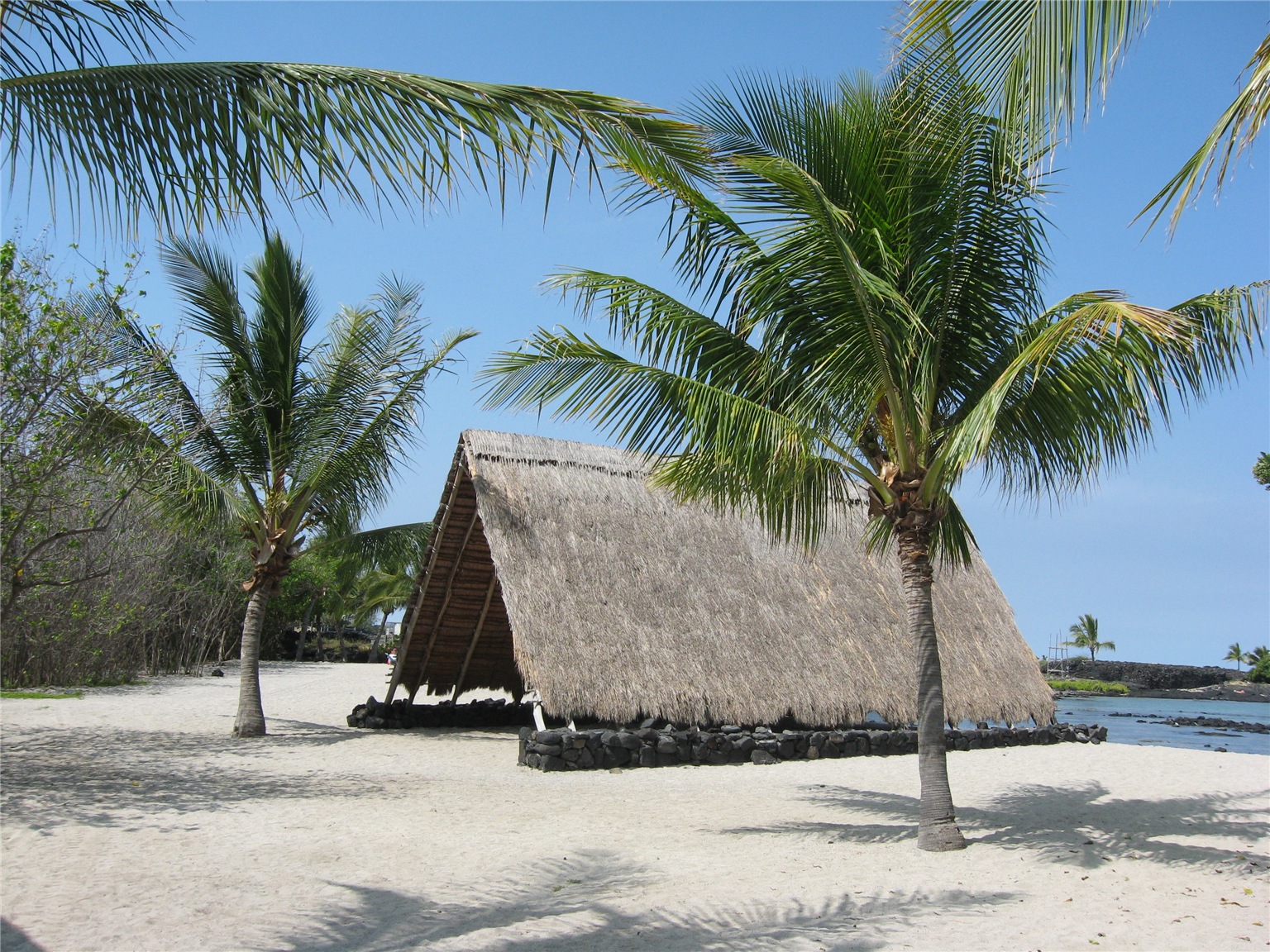 The ancient Hawaiians knew that the Kona coast was special place and just north of Kailua Kona they built one of their most beautiful villages Honokohau. “At Honokohau, ancient Hawai’ians took advantage of abundant freshwater springs to site a large community centered around fishing, fishponds and taro fields. Now the Kaloko-Honokōhau National Historical Park preserves a vast complex of important archeological sites, including several heiau, fishponds, fishtraps, house sites, burials, a holua (sledding track), a Queen’s Bath and abundant petroglyphs.” 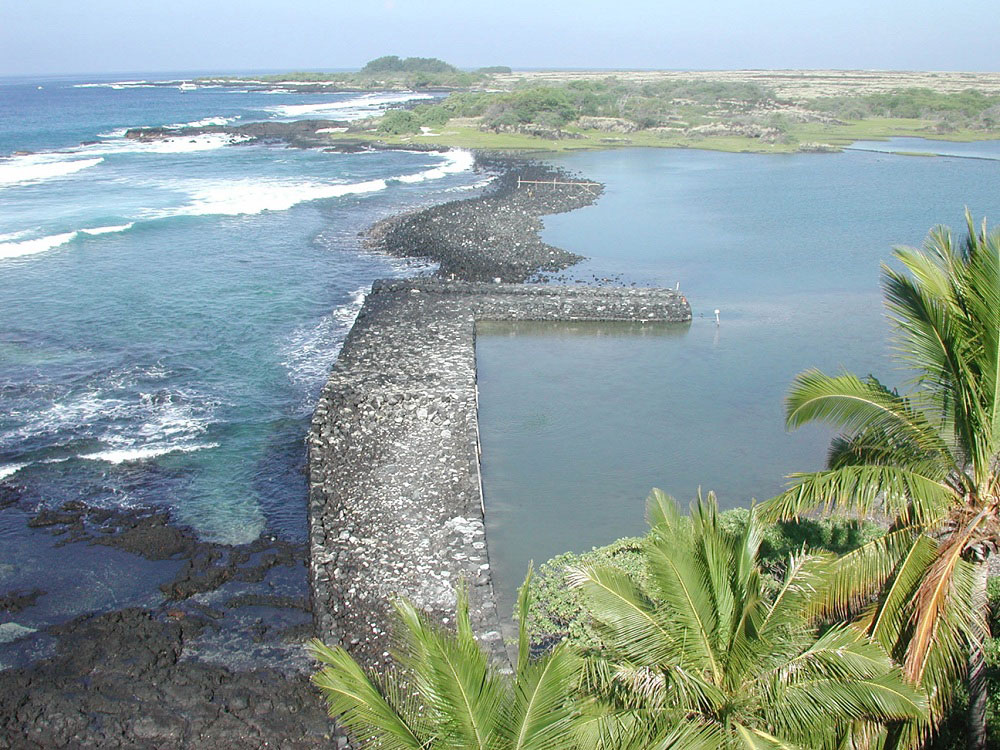 .                                             “The reconstructed Kaloko Fishpond spotlights the enormous construction projects the Hawai’ians were capable of undertaking in their heyday. A kuapa, or rock wall, separates the fishpond from the ocean, with a gated opening which allows fresh tidal waters to pass in and out of the pond, but through which the growing fish cannot swim. Aquaculture of this magnitude could feed thousands of people; however, other foodstuffs besides fish were grown at Kaloko. Looking around the countryside from the Kaloko fishpond it is possible to see many elevated planter boxes made of the local basalt rocks, in which taro was gown. Taro, prepared as poi and baked as unleavened bread, was a staple food for the early Hawai’ians.” 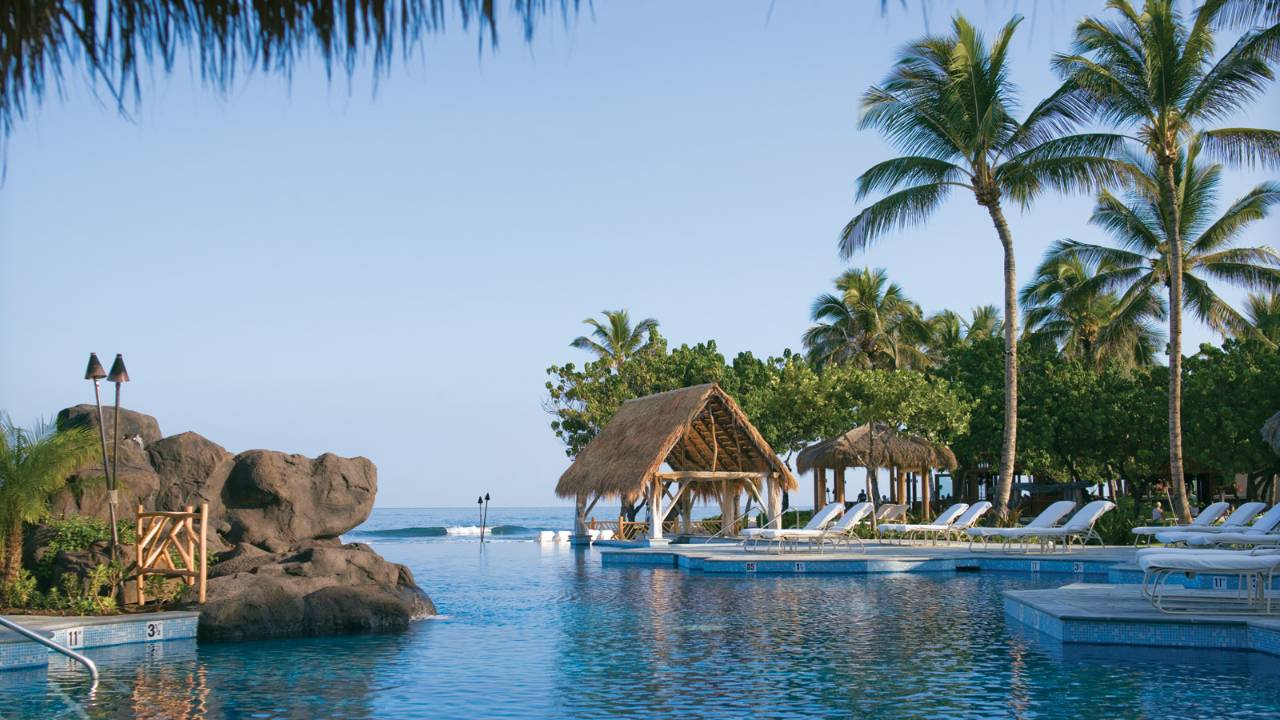 Among the most breathtaking resorts on the luxurious Kona coast is the Four Seasons Resort Hualalai . “The resort was opened in 1996 and makes use of natural materials indigenous to Hawaii, including rattan, bamboo and lava rock.” It was among the 100 of Travel + Leisure’s world’s best resorts awards in a readers poll and ranked in several “top lists” by Zagat Surveys. Condé Nast Traveler placed the resort on their “Gold list” for best resorts since 2005. Needless to say this amazing resort is one of the most luxurious in Hawaii. 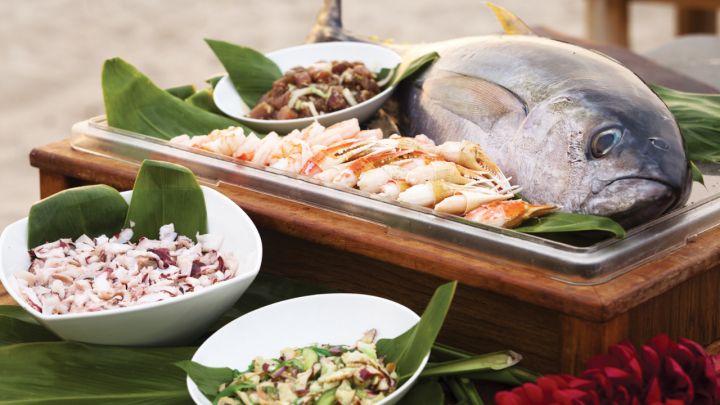 Relax and rejuvenate at the Hualalai tropical garden spa, which features “eleven different types of massages and facials.” The facility integrates tropical gardens with cool interior spaces and feels distinctly Hawaiian. “Enjoy relaxing by a quiet stream in the open-air Waiea (Water of Life) garden. Or savor the lap pool, whirlpools, saunas, steam rooms and cold plunges, all set amidst lush greenery. Your choice of massage and body treatments may be enjoyed outdoors or in an exotic “hale”, secluded for privacy. You can customize your treatment with a variety of local Hawaiian ingredients, including black lava salt, hibiscus and crushed macadamia nuts along with scented oils and botanicals.”

The Four Seasons pays homage to the Hawaiian culture at the Kaʻupulehu Cultural Center. There visitors can learn about Hawaiian culture and history with programs and lessons held throughout the week. Guests can take ʻukulele classes and learn the art of hula and lei making. The center also hosts a collection of Native Hawaiian art, including 11 commissioned paintings by artist Herb Kawainui Kane. 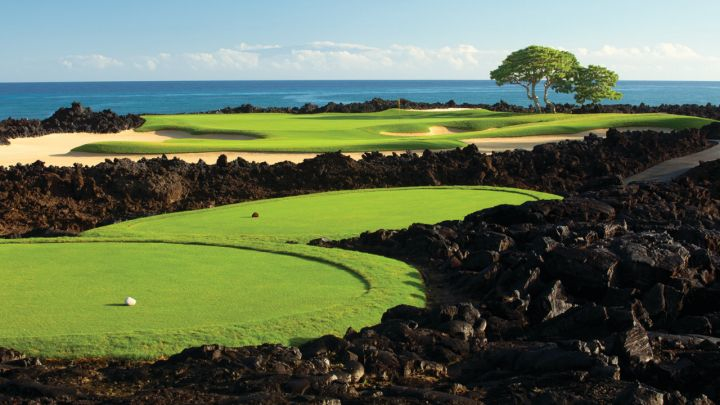 Probably the most famous amenity on the luxurious Kona coast is the 18-hole Jack Nicklaus signature Hualalai Golf Course at the Four Seasons. The course has been designed with extreme sensitivity to the land.  “Winding over 7,100 yards, this carefully groomed course begins in a lush kipuka (oasis) and then flows across brilliant green fairways contoured against black lava. Finally, the course returns to the ocean, where the finishing holes capture the drama and the beauty of direct seaside golf. After an exhilarating game, relax in the clubhouse where tropical refreshments, ocean views and a club-away-from-home experience await you.”

From 5 Star resorts to ancient Hawaiian villages, the Kona coast has everything you need to enjoy a relaxing and comfortable vacation. Check out our previous story on how to make your flight to Hawaii as comfortable as possible and stay tuned for our next story on the Luxurious Kona Coast.

From 5 Star resorts to ancient Hawaiian villages, the Kona coast has everything you need to enjoy a relaxing and comfortable vacation. Check out our previous story on how to

Sponsored by Kaz Headrest. Check us out on Amazon.